Cayman, progress and the digital economy: a chat with Tammi Sulliman 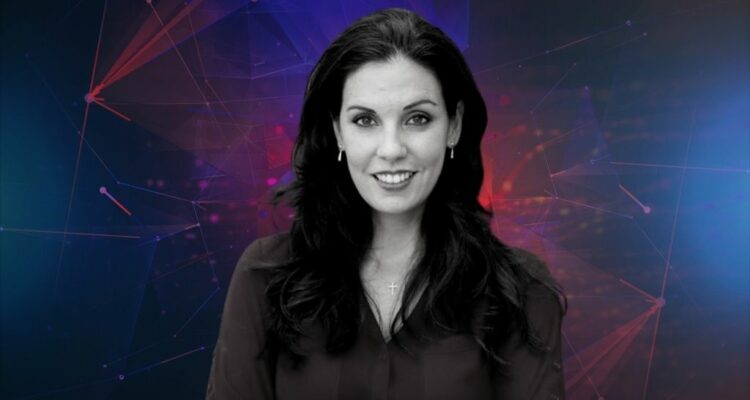 Cayman, progress and the digital economy: a chat with Tammi Sulliman

Tammi Sulliman is a media professional with more than two decades in the industry. Having made her foray into television in 2007 as a reporter and talk show host in the Cayman Islands, she has worn the hats of News Director and Station Manager and currently holds the post of Senior Manager, News & Content at Dart. One can say that Sulliman knows a thing or two about how digital trends have revolutionized the transfer and global impact of information. To her, digitization is key to the future development of the Cayman Islands.

It would seem only natural then, that Tammi Sulliman would be a shoe in as the emcee of the fourth annual Cayman Islands Digital Economy Conference (CYDEC) which takes place virtually on June 3. The event will focus on how Cayman can preserve and enhance its position as one of the world’s most successful international financial centres, one of the most attractive tourist destinations and one of the most COVID-safe countries both in the global market and locally, for the benefit of Caymanians.

To gain some clarity, Loop Cayman reached out to the veteran media professional.

Loop Cayman: Please define, for our readers who don’t know- what is the digital economy and what does it mean to Cayman?

Tammi Sulliman: In my mind, the digital economy is online activity that connects people, businesses, devices and data. I think it’s safe to say that is it is continually evolving, impacting the way in which we do daily business. As a leading financial services jurisdiction, it is important for the Cayman Islands to be aware of technological advancements and make calculated steps to keep pace with other countries.

Loop Cayman: You have emceed CYDEC for multiple years. What would you say has changed locally over that time with regards to Caymanians’ receptiveness and willingness to embrace the digital economy?

Tammi Sulliman: Of the Caribbean as a whole, there is a perceived reticence from others to embrace technological advancement because of our “laid back, easygoing” nature. But as a Caribbean people, we have been innovators in one form or another when it comes to providing for our families, promoting our heritage and culture, and putting our island communities on international platforms. In this regard, the Cayman Islands has been at the tip of the spear in regards to financial services and tourism – our two pillars of the economy – and its community leaders understand that we need to embrace technological advancements to ensure we retain our position as one of the most sought-after jurisdictions in the world.

Loop Cayman: What will participants gain by attending the conference?

Tammi Sulliman: I know that when I emcee the event, I am in a continuous state of awe during the day’s programme. This is because I am one of those who can be a little slower on the uptake when it comes to technological advancements, even though I fancy myself as science-minded in some regards. This conference puts the information in an engaging and informative format, as it is a broader technology event and not solely focused on aspects like cybersecurity and blockchain. The spectrum of participants, ranging from business leaders, government policy makers and students, reinforces this notion. I find myself in a sponge-like learning state at this conference because it is always made clear that the information being imparted impacts every single one of us, and it drives home the importance of the digital economy in all of our daily lives.

Loop Cayman: Keynote speaker, James Alexander, Co-founder of #voicefortheplanet and Director of Future Agenda is a well-known change maker. What would you say is the value of the digital economy in driving change within our community?

Tammi Sulliman: It’s abundantly clear that advanced technologies are in turn driving dramatic change in our globalised community and there is inherent value in that by-products include lowered costs, and improved quality and efficiency of goods and services. However, I personally hope we never lose the human aspect as we march forward towards a world dominated by Artificial Intelligence and cloud infrastructure. The challenge is to make sure we are preparing our students of today to be work-ready for a world that looks different from ours. We must be thinking ahead at what jobs look like for future generations so that no one is left behind in a technologically-advanced world where robots may be doing jobs traditionally held by humans. That means reformation in the education curriculum and inculcating a deeper understanding, practice and love of STEM subjects.

Loop Cayman: What is the value of the digital economy during this global pandemic. Is it more important now than ever before?

Tammi Sulliman: I think that statement goes without saying. I believe we would have found ourselves in a far worse state economically speaking if it were not for the digital age in which we live and enjoy. The fact that we could work from home, hold meetings, complete projects and conduct conferences (such as this one) would have been inconceivable not even two decades ago. A couple conferences ago, I joked with the CYDEC audience that I might be ones of those stuck in 1985 because as I said it takes me a little while to wrap my head around the rate of technological development. But never have I been as grateful as I am now to live in the current digital age as, during this pandemic, the advanced technology we enjoy facilitated most industries to continue conducting business in some form or fashion; it sparked new ways of doing business that perhaps was more effective and efficient than previously; and it allowed us to maintain personal relationships and virtually see loved ones wherever they are, as we were all forced into a grounded state. In this regard, we are presented with a case in point of advanced technology allowing us to foster our human connections in the face of extreme adversity.

Loop Cayman: You have been in the media industry for at least a decade and a half. What impact has the digital economy had on you in your profession?

Tammi Sulliman: My career in media began two decades ago when I started writing for my university’s newspaper as a student. At the University of Toronto, Mississauga campus, we had a weekly newspaper where every Sunday I found myself “laying out” the newspaper – first building the pages in a now-defunct programme called Quark Express 4.0, then printing, cutting and gluing the stories, pictures, ads on “flats” using a light board to help us keep our edges straight as we rolled the content on to the large, thick cardboard. Once the entire paper had been laid out, we would drive the cumbersome flats in the wee hours of Monday morning to the printer, often in subzero temperatures (a veritable frigid nightmare for this Caribbean woman).

Fast forward to today where I have now worked in print, television and radio and someone can digitally lay out the paper with stories emailed in from another country, or upload full video reports online to our Caribbean colleagues based in Barbados so the Cayman story could make their evening news, or a photojournalist can film and edit a two-minute report using their smart phone that would then go on the radio airwaves and online as a video story, or use an iPad for a television live shot.

We even have talk shows being conducted in people’s own homes where graphics, music and green screens give a studio-produced effect and guests can appear virtually. It’s absolutely incredible to see how technological advancements have advanced the media industry on a whole, made us more creative in how to produce the content and forced us to be better at our craft through efficacy and efficiency, both in production and monetary value. It has also allowed our content to have a wider reach, far beyond our shores. I have no doubt the next two decades will advance the media industry even further, far beyond my imagination.