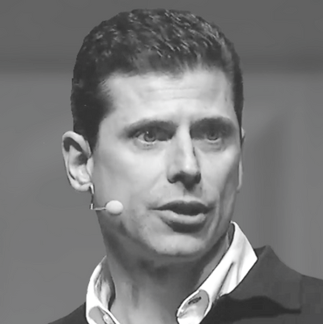 Justin Fisher is an entrepreneur and long-standing advocate of the blockchain industry. As Co-Founder and CEO of VeriBlock alongside his CTO, Maxwell Sanchez, Justin co-invented the Proof-of-Proof (“PoP”) blockchain consensus protocol which enables blockchains to inherit Bitcoin’s computational security in a fully Decentralized, Transparent, Trustless and Permissionless manner (DTTP).

Justin serves on the Executive Committee of the Chamber of Digital Commerce, the world’s leading trade association representing the digital asset and blockchain industry. Justin also is on the committee of the Token Alliance, within the Chamber of Digital Commerce, dedicated to fostering best practices and frameworks for the responsible growth of tokenized networks and applications. In addition, Justin sits on the Steering Committee of Digital Cayman aimed at cultivating Cayman’s dynamic and digital ecosystem.

Justin is a sought-after speaker and thought leader on blockchain technology. Justin has presented at the World Blockchain Forum, TNABC, Token Fest to name a few, as well as having VeriBlock featured in Forbes.

Bringing a wealth of experience and knowledge spanning more than 25 years in the Internet bandwidth, web hosting, financial and information services and telecommunications industries, Justin has been an incubator of companies that include ISPs, VoIP telecom, Internet financial services and collaborative gaming. He has also provided information-systems consulting to numerous businesses across the financial services, real estate, healthcare and staffing industries. Justin is a strategic investor and advisor to Titan and Vesper.