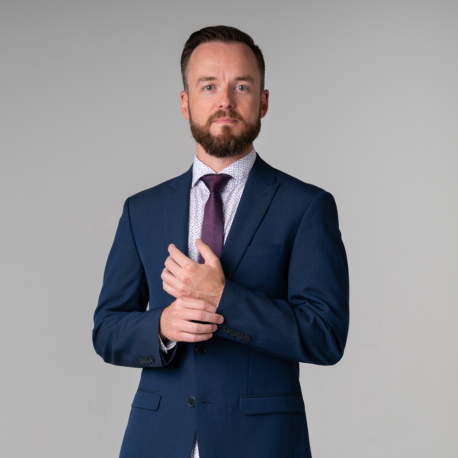 Adam is an internationally established entrepreneur. He discovered a passion for business at age eleven, when a nationally recognized company awarded him Top Direct Salesman for two consecutive years. He furthered his vocation within management roles and as part of several start-ups before setting his sights on the financial industry.

Having a natural understanding of complex systems, Adam began as an equity trader in 2004 and advanced to Managing Director of one of the world’s largest proprietary trading firms which is based in the Cayman Islands Special Economic Zone.

Academically, Adam has obtained certificates from MIT, UCT and The Linux Foundation within the fields of Internet of Things, Cybersecurity and Blockchain for Business, respectively.

Adam has a genuine desire to contribute to the betterment of others, in both his personal and professional life, and thus co-founded a charitable organization that raises money for local initiatives.

He is an accomplished Freediver, but prefers to spend leisure time connecting everything around him to the internet.